The American spiritualist movement arose in rural New York state during the 1840s, and through the dramatic efforts of a wide range of charismatic advocates, spread across the continent and to Europe during the remainder of the nineteenth century. Spiritualism was founded on the core tenet that when people die they progress to a “spirit plane” that exists in parallel to the physical world.  In this environment, spirits are able to accumulate special wisdom about human existence that the deceased then try to share with the living. While these communications may take place in various ways, “trance mediums” conducting séances have particular skill in facilitating the necessary otherworldly conversations.

One of the important ways that the spiritualist movement grew in strength during this period was through the various books and distinctive regional newspapers devoted to sharing news of interest to believers.  For example, two of the most prominent American spiritualist publications were the Banner of Light (founded in Boston and published from 1857-1907) and the Religio-Philosophical Journal (founded in Chicago and published from 1865-1905).  These weekly newspapers featured articles examining the moral, political, and ethical questions of the day—including slavery, women’s suffrage, and the aftermath of the American Civil War—along with transcriptions of conversations with inhabitants of the spirit world, advertisements for unique businesses and products, and information about upcoming conferences/gatherings where spiritualist issues would be discussed.

The Religio-Philosophical Journal’s masthead prominently featured a lofty motto—“Truth wears no mask, bows at no human shrine, seeks neither place nor applause; she only asks a hearing”—but, while shamelessly copying many elements already pioneered by its older cousin, the Journal adopted a slightly more accessible tone and approach than the Banner of Light. What follows below (and in two additional upcoming blog postings) are some intriguing excerpts from “Communications from the Inner Life,” a regular Dear Abby-esque column printed in the Journal. This section of the paper presented often lengthy transcriptions of “question and answer” conversations with a variety of spirits moderated by an actual medium and focused on providing a better understanding of how things worked in the spirit world.

I would like to mention here that The International Association for the Preservation of Spiritualist and Occult Periodicals located in Forest Grove, Oregon, has compiled an amazing online archive of various classic spiritualist publications. All of the excerpts highlighted below are taken from IAPSOP’s collection of the original Journal issues from the mid-1860s.

From the Religio-Philosophical Journal:

[8/26/1865] COMMUNICATIONS FROM THE INNER LIFE. All communications under this head are given through a well-developed trance medium, and may be implicitly relied upon as coming from the source they purport to—the spirit world.

The controlling spirit said: “If you desire to ask any questions we will answer them to the best of our ability.”

Q. What is the comparative or relative appearance of the spirit world to the earth sphere? A. That portion of the spirit world which is in the immediate proximity to any part of your earth is an exact resemblance to your earth, only in a more beautiful and refined condition. It is an outgrowth of the earth sphere. The spirit world corresponds with the spirits that inhabit it. In other words, as the mind is unfolded in knowledge, so it appreciates the beauties of spirit life. It is all a reality, and to us, as material as the earth is to you. But to you it is invisible and intangible.

Q. How did the spirit land appear to you on your first entrance there? A. It appeared to me as real and earth-like as your plane does to you, but more beautiful.

Q. What were your feelings on fully realizing that you had passed the change called death? A. Some things I liked better, and some things I did not like so well. For instance, I had a strong appetite for ardent spirits [liquor], that appetite I carried with me, but there was no means known to me to satisfy it—that was one of the things I did not like. That appetite has died out, except when I come in contact with the earth sphere, through a medium, then it is sometimes momentarily aroused, and I again feel a craving appetite for ardent spirits.

Q. Did you, on entering the spirit world, meet with any friends that you had known in the earth life that had died before you, and if so, how did they look to you? A. I did meet many of them. At first they appeared as I used to see them, otherwise I should not have been able to recognize them. They gradually assumed an appearance corresponding with the beauty of the spirit life—more beautiful than the earth life—still maintaining their individuality. The desires of a spirit are fully mirrored upon the countenance, so there is no disguising any one’s true character in the spirit life.

Q. Do spirit friends draw near to their earth friends at the time of their death, and if so, do they in any way contribute to the comfort, or in any manner assist the dying person, and if so, in what manner? A. Guardian spirits are ever with you. Other spirits are near at death by sympathy as earth friends are, or by reason of being specially called upon to be present, the some precisely as in the earth life. Little children, in spirit life, often draw near on such occasions, and the dying person, on becoming conscious, is greeted by them and made happy. All try to make the newly arrived spirit happy.

Q. Is the spirit of a dying person visible to you at the time it leaves the body? A. It is. That is to say, the spirit form is tangible and visible when it is being born out of the earth body. It is like the earth body, only it is more refined.

Q. Do spirits travel from places remote from each other, and if so, with what speed do they travel? A. You can go where you please, and it does not take what you would call time, unless you choose, you can go fast or slow at your will and pleasure.

2 thoughts on “Revisiting the Spiritualist Movement (Part I)”

What's In the Bucket 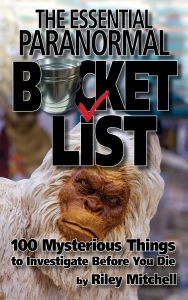